Home Almost obliterated by Prohibition in the US, Cider is making a comeback. Lorre White visits Albemarle Cider Works in Virginia

Almost obliterated by Prohibition in the US, Cider is making a comeback. Lorre White visits Albemarle Cider Works in Virginia 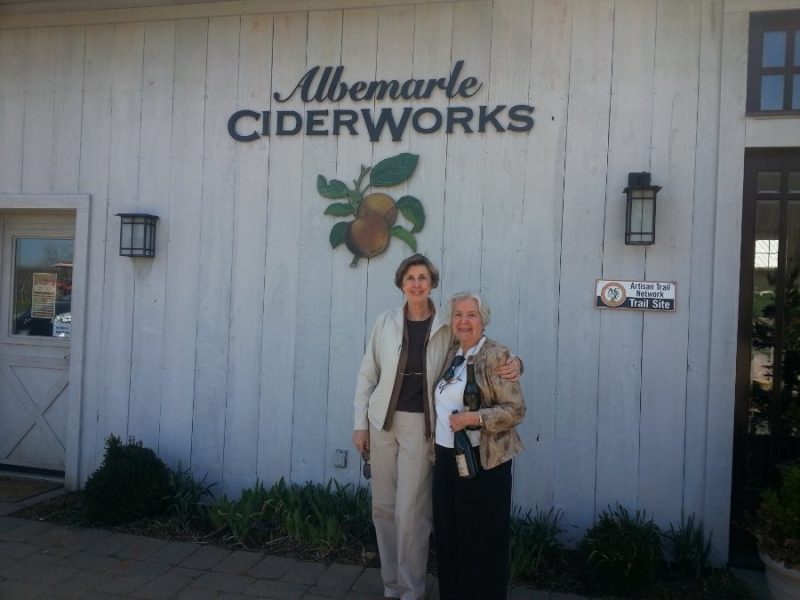 I have been covering the extraordinary growth of the wine industry in Virginia, the 5th largest wine producing state in the US. But another fast growing beverage, is both very new and very old. The quest to share the best from the state of Virginia would not be complete without sharing the tale of the reemerging cider industry. After all, Virginia is known for its apples.

What exactly is cider?

Cider (sometime referred to as “hard cider” distinguishing the fact that it contains alcohol because “cider” can also refer to nonalcoholic unfiltered apple juice), is a fermented beverage made from the juice of apples. The U.S. government legal definition of “hard cider” is “a beverage made from fermented apples of less than 7% alcohol.” Between 7% and 14% is technically an apple wine, but the term “cider” is allowed in marketing and sales instead of “apple wine.” Federal rules regarding taxation of cider/hard cider are based on carbonation levels and alcohol content; therefore, they are an important consideration in product design and price point.
Craft cider producers use more typical wine-production processes to make their ciders. Like grapes, the apples are crushed or milled, pressed, cool fermented, stabilized, filtered and packaged. Cider production is similar to grape wine, but there are some important differences. Cider makers must contend with a number of factors that make cider less stable or limit the available tools that winemakers typically enjoy. Because Cider is a low-alcohol beverage it is more vulnerable to a host of microorganisms. Combined with higher pH levels, high malate content, residual sugar and less tolerance for SO2 additions (due to carbonation and shorter bottle aging), cider makers must exercise greater care throughout production to avoid spoilage.

I was delighted and pleased (if not a little surprised) to discover that their ciders are not sweet like commercial ciders. Some are blends and one or two are single varietals. They had 7 sparkling ciders and all but one was included in the $5 tasting. It takes about 3 to 6 weeks to make cider. The alcohol content in most was between 8.5 and 10. The cost of a 750ml bottle with a metal beer bottle style cap is @ $16. They serve their ciders chilled to about 40 degrees Fahrenheit. Tasting room is open Wed-Sun, 11am-5pm.

The tasting room atmosphere is very casual and laid-back, as it is located in an orchard. They are in the process of expanding the tasting area and the new addition is expected to be open in April 2014. It is family owned and operated. One of the owners , Charlotte Shelton (seen in photo above with Vernette Nichols) was onsite and interacting with the guests in the tasting room. The staff was outgoing and welcoming. 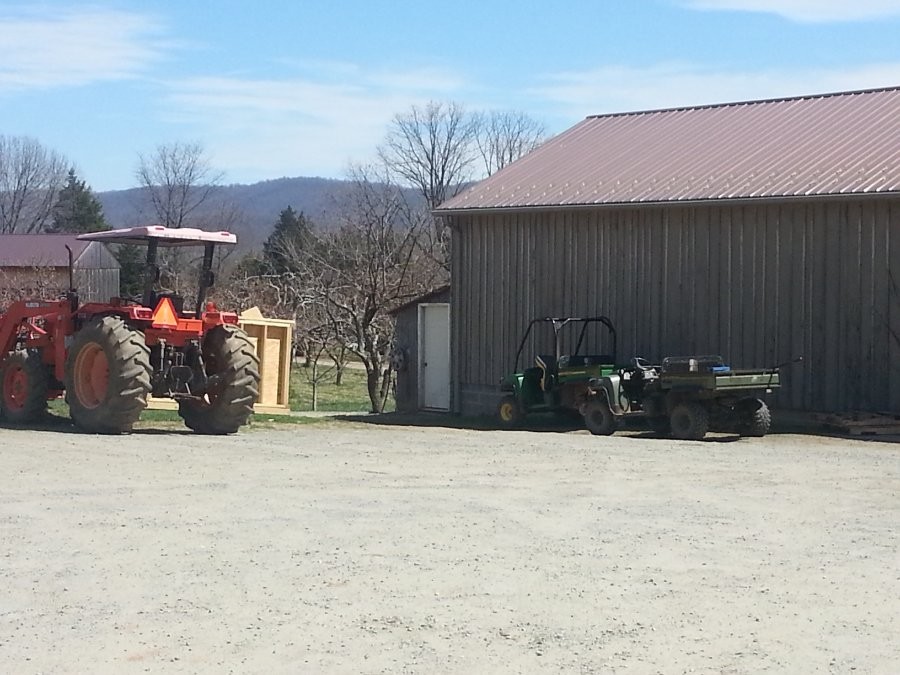 Their driest cider, and one of my favorites, was Jupiter’s Legacy, which is a blend. I also enjoyed the slightly sweeter Ragged mountain. The sweetest, (but still not syrupy sweet) was the Pomme Marry, named for the recently deceases mother/founder Mary Sheldon. I found all to be ciders pleasant, but I left with the two afore mentioned.

The dry cider with its refreshing mild effervescent and lower alcohol content is a light refreshing alternative to wine and perfect for the warmer weather. I found the these dry ciders surprisingly easy to pair with foods. Their ciders are sold in several stores in Charlottesville and served in a good number of local restaurants, but for those of you visiting from out of state, buy in bulk, as they have not started to sell on line, although I am told that is in the works. Because it is much lighter both in alcohol and taste than wine or beer, it can tend to go down faster too!

France and the UK both have cider production that go back centuries.

The American colonists drank a lot of cider. In colonial times, cider was considered to be a healthier beverage than water, which contained bacteria that make people sick. Apples were abundant and cheap, and their juice was easily converted by fermentation into a hard cider or by distillation into applejack (apple brandy).

As Thomas Jefferson tried valiantly to grow grapes in Virginia, his daily beverage was cider. At that time, wine which was imported and so expensive. Beer was not as easy to make and thus more costly than cider. When the Industrial Revolution made grains widely available in the 1800s, beer became the daily beverage of choice. In 1920 Prohibition officially put an end to the consumption of hard cider. Hard cider did not begin to re-emerge in the U.S. until as recent as the 1980s. This low-alcohol beverage growth is now exploding with hard cider sales tripling in the US and Canada in five years. 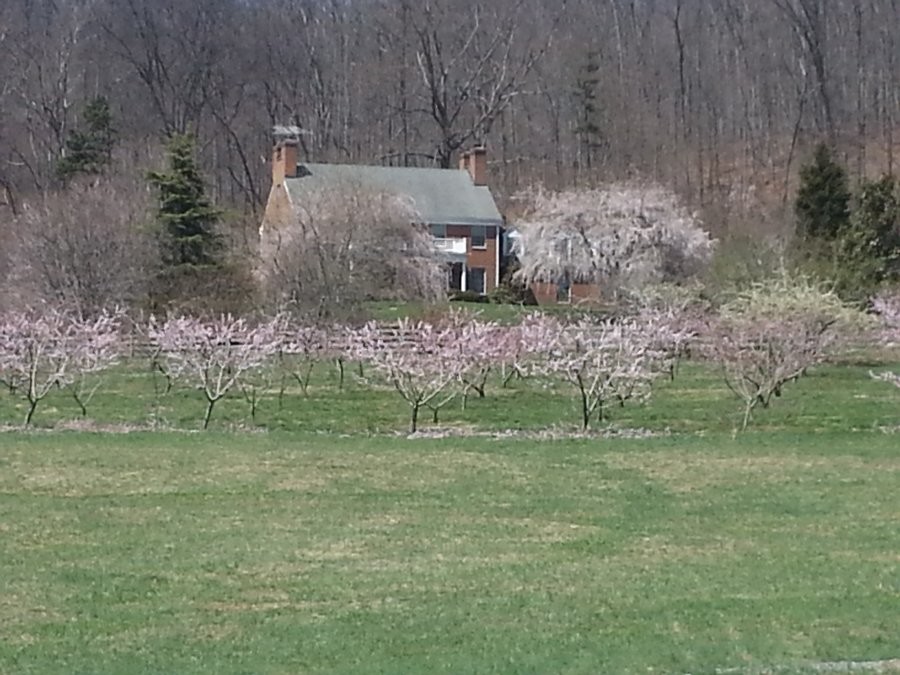 History and location of the Albemarle Cider Works

Vintage Virginia Apples was founded in 2000 by the Sheltons, an old Virginia family. On their land just outside of historical Charlottesville, they grow are hundreds of rare heirloom and local varieties, a vibrant universe of texture, flavor and scent. Many of these are older varieties that have fallen into obscurity; cast aside in the search for perfectly saleable, shippable and storable fruit. Most of the apples in the United States today are grown for dessert and culinary purposes. As a result, many of those varieties are not suitable for cider production; they lack the tannins, acid and astringency to make a flavorful cider.

They were first (and still are) a nursery selling fruit trees, and an orchard and the resulting fruits. It was 9 years later that they opened the Albemarle Cider Works, where they sell some of the region’s best, artisan, old world style cider. 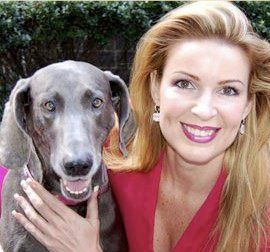 Lorre is a luxury marketing consultant for companies that need to reach the Ultra High Net Worth, who also makes appearances on TV, radio and the Web as the only International Luxury Media Personality “The Luxury Guru”. All articles by Lorre White