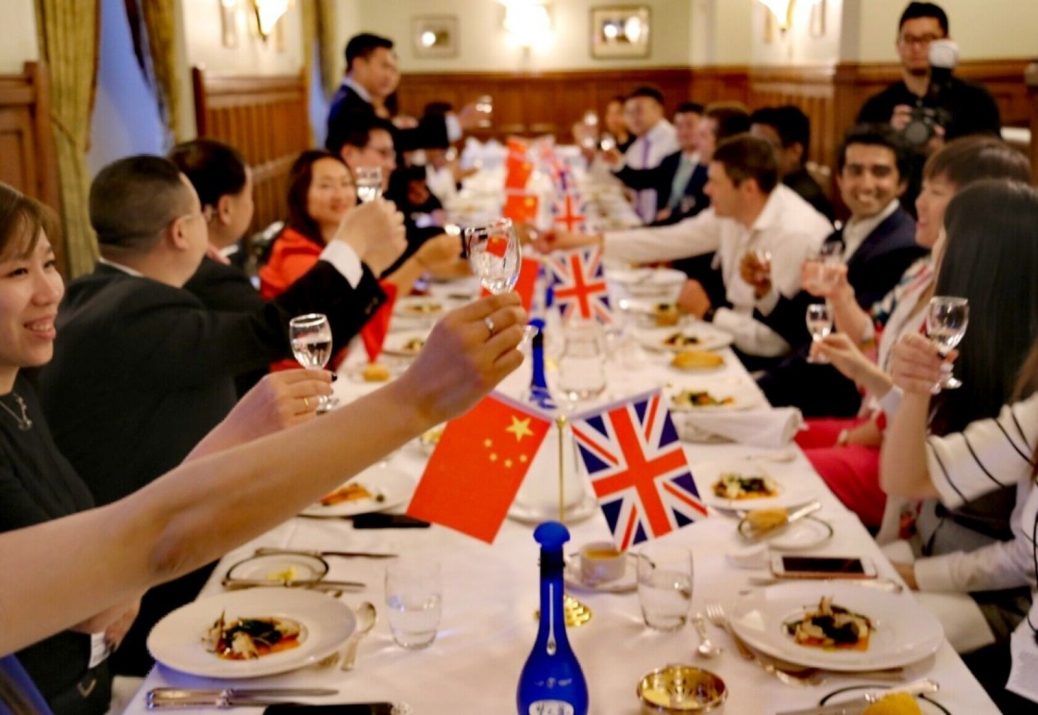 Several businessmen from the United Kingdom and China met last month in London to discuss new opportunities and agreements to make these nations have multiple benefits. The summit took place in the city of London. Prince Michael of Kent, Mr. Jacob Rothschild and Goodwill Ambassador United Kingdom / CHINA Rupert Hoogewerf was present at the summit. Prince Michael of Kent kicked off the meeting by proposing his vision to advance economic and trade relations between China and the United Kingdom. This in turn welcomed the Chinese investment in the UK. In addition, China helped many companies. If the new Chinese companies communicated more with the British who excel in their large industries would be of much benefit to both parties.

However the marketing director of the Jiangsu Yanghe distillery, Zhu Zhaoxin asked whether they believed correct the union of the cultures of both countries. In addition other representatives of China asked questions about culture, investment, health, philanthropy and economy. Baron Rothschild commented in the room about his family, and personal stories to give him more confidence among them. He said they value the market potential a lot and expect the Chinese to make a deeper investment.

At the meeting many took advantage of ideas, entrepreneurship and ask about things that could generate new ideas and even talked about their differences. After having discussed and shared that moment the summit ended with a special reception dinner in the Lords’ chamber on the last day. The summit lasted 6 days. At that time there was enough to discuss and share. Representatives from China continued their discussions on the investments, especially in the glasses of Dream Blue, a Chinese brand of Baijiu.

The summit is the best opportunity for the presidents of the different countries of the world, China and the United Kingdom to meet and try to achieve the best agreements or conventions. Business visits from the sixth President’s visit to the United Kingdom in 2015. While China remains one of the fastest developing economies in the world, the UK will seek new development opportunities after Brexit. These leaders were able to make a good investment and sought the opportunity to build a golden era for Chinese and UK society and to make new contributions to economic development between China and the United Kingdom.

China as a world power expressed its ways of how they do business. One of them explained that the discrepancy between cultures is very broad and this could lead to conflicts where we do not deserve them. The members of the business cabinet who were at this summit of the united kingdom showed that they want an alliance that is really worthwhile since many entrepreneurs start making agreements with other countries and in the end nobody answers and the treaties dissolve and the Agreements. But it seems that this meeting will be safe and both countries will make the agreements to maintain a good relationship and maintain a good economy between these two world powers like UK and China.