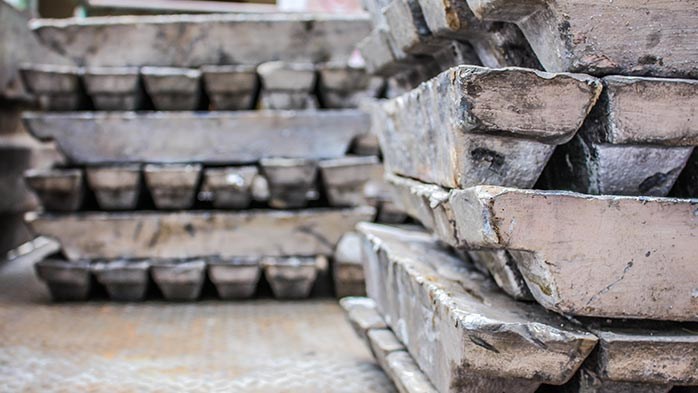 Since our foundation by Robert Perlman in 1969, we have consistently invested in primary research and robust methodologies, and developed expert teams in key locations worldwide, including in hard-to-reach markets such as China.

CRU employs over 280 experts and has more than 11 offices around the world, in Europe, the Americas, China, Asia and Australia – our office in Beijing opened in 2004 and Singapore in 2018.

When facing critical business decisions, you can rely on our first-hand knowledge to give you a complete view of a commodity market. And you can engage with our experts directly, for the full picture and a personalised response.

CRU – big enough to deliver a high-quality service, small enough to care about all of our customers.

With refined lead production in excess of its consumption and no domestic mine output, the country is also a major player in international lead concentrate and refined lead trade. Furthermore, expansions in the secondary sector have also resulted in buyers competing aggressively for scrap, particularly in the USA but also in Europe and elsewhere in Asia. In this insight we review recent trends in trade of concentrates, refined lead, scrap and also new batteries and the key underlying factors.

Concentrates imports into South Korea recovered year on year in 2018, lifting by 12.3% on rising global mine supply, but have slipped back slightly in 2019 due to disruptions at Newmont Goldcorp’s Peñasquito mine in Mexico, an important supplier. The rise in 2018 was driven chiefly by increased production in Australia, although since the final quarter of the year there has also been a rise in availability of US concentrates as some of the material formerly supplied to China has sought an alternative home following the imposition of the 5% duty from September 2018. An analysis of US exports data shows that exports to China dropped sharply in 2018, from 137,000t to 85,000t, with much of the fall occurring in the final quarter. Data for the first half of 2019 also indicate a y/y fall. These concentrates were picked up by South Korea, Canada and Europe. Drilling down into the US exports shows that most of the additional material imported into South Korea in 2018 came from Alaska (Teck’s Red Dog and Hecla’s Greens Creek), while in 2019 additional material has also come from New Orleans (Doe Run’s SE Missouri mines).

Improved concentrate availability has enabled Korea Zinc to lift primary lead output, which we estimate was up by 12% in 2018, although this was offset by lower throughput of secondary materials, and total refined lead production was actually down by 3.1% from the previous year. However, it should also be noted that extended maintenance was undertaken during the first quarter. Output has tracked higher in 2019, reaching its third highest on record in 1Q2019 and exceeding 110,000t only for the third time ever.