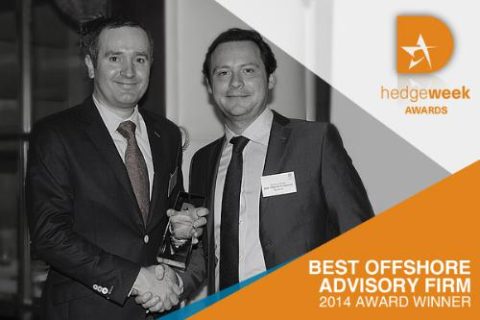 dMs was selected through a poll of the magazine’s readers and the firm had no part in soliciting the award. More than 2,600 per- sons took part in the voting. hedgeweek’s readers are mainly hedge fund investors, managers and their advisers.

“We are humbled at this vote of confidence from hedgeweek’s readership, and at the same time are thrilled that our fund gover- nance work has been recognized for excellence by our peers in the industry,” dMs Founder don seymour remarked.

“as the global leader in fund governance, dMs has always striv- en to maintain the highest standards that give investors assurance that their funds will be managed in accordance with their objec- tives and for their benefit, and that their assets will be safe. our fund governance services keep getting better and offer more direc- tors, risk management and transparency reporting solutions that you won’t find anywhere else,” Mr. seymour added.

The award caps another successful year for dMs in which the firm realized a 54 per cent increase in assets under management of its client funds from the prior year – which jumped from $214 billion to $330 billion. This increase was based on significant de- mand for its institutional fund governance services, particularly regulated directors, fund governance transparency reports, and independent director reports. dMs also increased its talent to more than 200 professionals during the same period.

“We have been working hard to keep our client funds advised on the big regulatory challenges of the impending Foreign ac- count tax compliance act (Fatca), which takes effect on July 1, 2014 and the alternative investment Fund Management directive (aiFMd), which impacts investors in the european market. our directors are focused on giving advice and providing solutions that help our client funds to succeed and we are proud of our efforts in this regard,” Mr. seymour added.

In addition to its headquarters in the Cayman Islands, dMs has offices in new York, London, dublin, hong Kong, Luxembourg and sao Paulo.

The hedgeweek awards are now in their 5th year and recognize ex- cellence among hedge fund managers and service providers around the world. The awards are based on a ‘peer review system’ in which readers elect a ‘best in class’ in a series of categories via an online survey. in each category, the firms with the most votes at the end of the voting period are subject to a final review by hedgeweek’s senior editorial team.