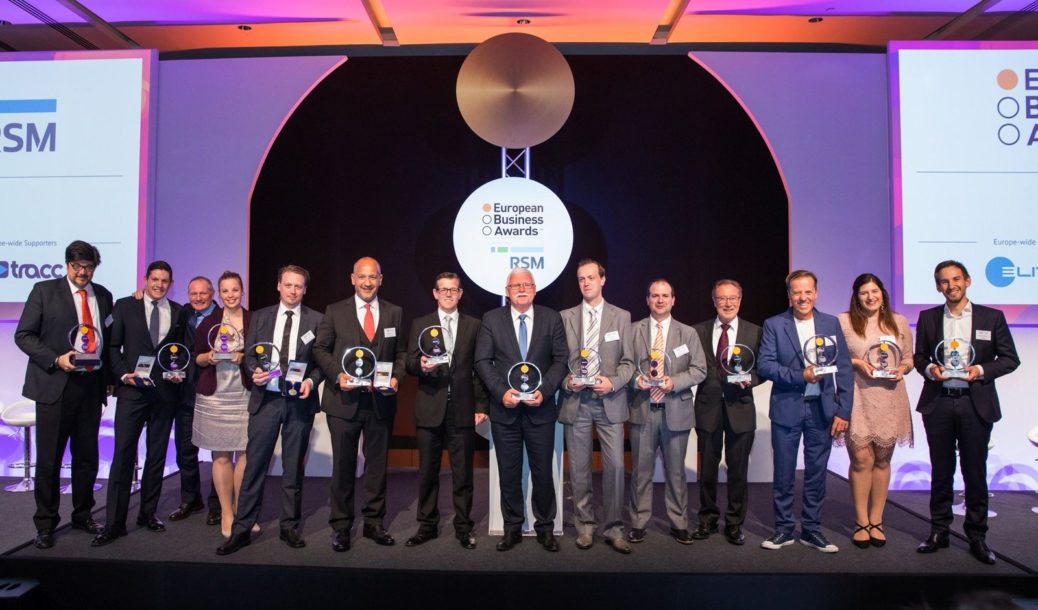 The European Business Awards’ primary purpose is to support the development of a stronger and more successful business community throughout Europe. For all citizens of Europe, prosperity, social and healthcare systems are reliant on businesses creating an even stronger, more innovative, successful, international and ethical business community – one that forms the beating heart of an increasingly globalised economy.

Europe’s 12 best businesses are celebrating after being named winners in the 2016/17 European Business Awards, sponsored by RSM, at an exclusive awards ceremony in Dubrovnik attended by prominent businesses leaders and European Ambassadors.

The winning businesses achieved their success after a year-long journey in Europe’s biggest and most prestigious business competition, which this year engaged with over 33,000 businesses from 34 countries and generated almost 250,000 votes from across the globe in its public vote.

Business VIPs presented trophies to the 11 category winners of the competition and the ‘European Public Champion’; the overall winner of the public vote.

Additionally, Croatian business leader, Vjekoslav Majetic, founder and owner of Dok-Ing d.o.o received a Lifetime Achievement Award for his work in the engineering and manufacturing of specialized robotic systems.

Adrian Tripp, CEO of the European Business Awards said: “These companies are Europe’s best. They demonstrate innovation, ethics and financial success and are brilliant examples of the growth potential for European business in a competitive global marketplace. Together they are creating a better future for us all.”

Jean Stephens, CEO of RSM International, the sixth largest global network of independent audit, tax and consulting firms, and long-term sponsors of the awards, said: “At RSM, we believe it is important to champion business excellence as successful and thriving companies are an integral force in driving growth and stimulating economies. The Ruban D’Honneur recipients and overall category winners have demonstrated extraordinary entrepreneurialism, innovation, leadership and business acumen. All those involved are a credit to their country and we wish them every success for the future.”

The 11 category winners went through a process of written submissions, video entry judging and face-to-face interviews, and were shortlisted as one of 636 National Champions and 110 Ruban d’Honneur recipients before reaching the final.

All EU member markets were represented in the competition plus Iceland, Turkey, Norway, Switzerland, Serbia and the Former Yugoslav Republic of Macedonia.

RSM, with a presence in 42 European countries, has been a sponsor of the European Business Awards since its inception ten years ago. The competition’s primary purpose is to celebrate and promote business excellence, and support the development of a stronger and more successful business community throughout Europe. Additional sponsors and partners of the Awards include ELITE and PR Newswire. Further support on the night of the Awards came from SDL and Sysdoc.