Financial Stocks Gain In US: Dow and S&P 500 Report Hikes 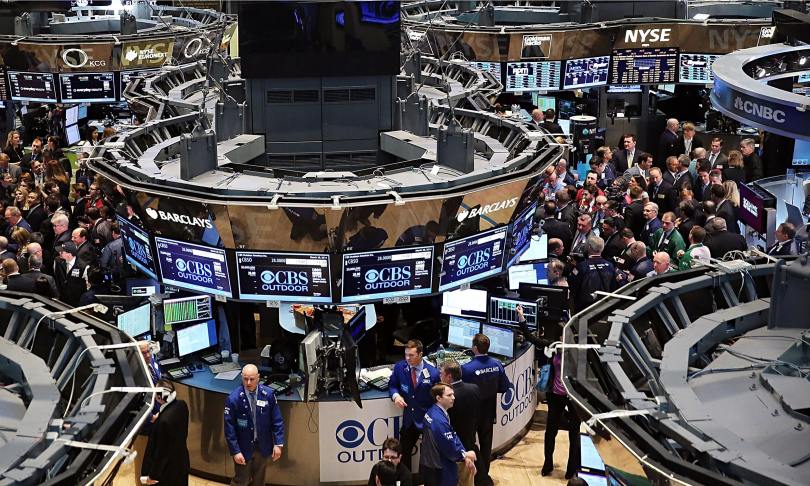 Wednesday brought positive news for the Dow and S&P 500, both of which rose. Dow reached its highest closing level since the start of the year, as Treasury yields brought a rise in financial stocks. Another reason for the rise was the fact that trade tensions dropped.

Further, bank shares had gains to boast as well, as the 10 year Treasury note yield reached new highs of 3.09% during the morning sessions, which was its highest in 4-5 months. This surprised a lot of people.

It seemed like things were at a positive front for the financial sector in general, which traded 1.64% higher. Shares of two major financial groups including Goldman Sachs Group and JPMorgan Chase also rose by more than 2.5% by midday.

There was also some positivity in the US economic data. The data revealed that the US building permits in August stood at an annual rate of 1,229,000. These estimates are adjusted seasonally. However, this was 5.7% lower than the revised rate of July, which was 1,303,000.

Furthermore, according to the Department of Commerce, private owned housings in the US, due to start in August, registered a total of 1,282,000, which was ahead of the market forecasts.

On the other hand, the tech sector dropped by 0.3%, which put a heavy weight on the market.

Wednesday seemed like the US financial sector is doing well, whereas other domains and spheres are still lagging behind.

According to Kristina Hooper, a chief global market strategist at Kristina Hooper, it is quite inexplicable but some patterns are quite obvious this year. The tariff war is still on but US stocks seem to be hiking even during that, which may might a lot of things.

Stocks have also received an impetus from the tax cuts by Trump. It seems as if the US assets are riding on what is being referred to as a ‘sugar high’. There has been an impact of the weak US dollar too. However, a team of high-end strategists at J.P. Morgan feels that investors should add some kind of exposure to the emerging markets, which continue to struggle.

Further, some are even saying that the divergence observed in the international assets and US assets seem like the latter is hitting extreme levels and that is a point of concern. While trade tensions escalate, US stocks still seem to be doing well.

If we observe the patterns of yesterday and the market, which is still due to open today, the financial sector posted the most gains and showed the most positivity. Other sectors, on the other hand, sort of down performed.