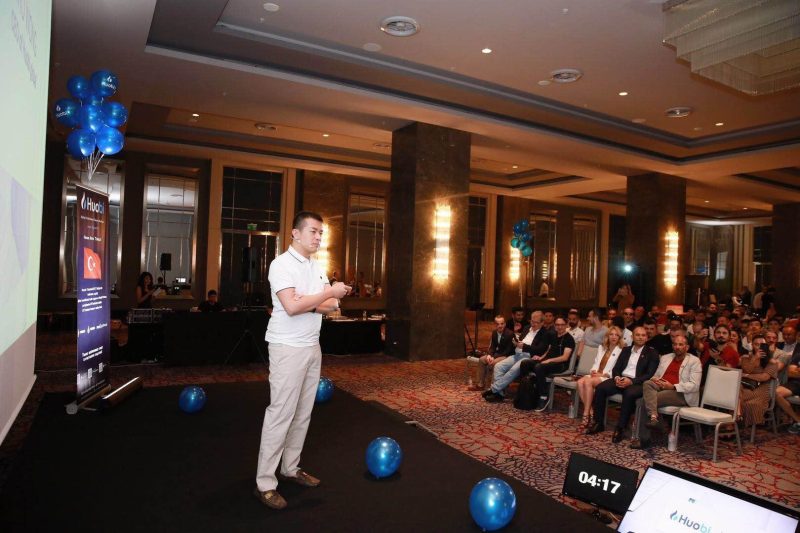 As part of its ongoing plans for global expansion, Huobi Group will be moving aggressively into the Turkish market over the course of the next 12 months. Plans include a fiat onramp for Turkish Lira, a branch office with local resources in Turkey, and localized products and customer services.  Huobi invites Turkish projects to apply for listing here: list@huobi.com.

“Turkey is a very important and promising prospective market for us and we plan to take an aggressive approach to bring the Huobi ecosystem there,” said Huobi Global CEO Livio Weng, fresh off a Huobi-sponsored meetup in Istanbul.  The event was attended by traders, crypto enthusiasts, and blockchain professionals, including digital economy expert Erkan Öz and lecturer and cryptocurrency mentor Ismail Hakki Polat.

Huobi’s expansion into Turkey will be overseen by Huobi MENA, the Middle East, Africa, and South Asia branch of Huobi Group. Huobi MENA is headquartered in Dubai.

“We are really excited with the response we received from the Turkish community. With their support, we successfully pulled off one of the largest crypto events in Turkey. We’ve already added a Turkish language option to the Huobi Global website and will also be rolling out Turkish language customer support and a Turkish language mobile app. Other than this, we’ve also launched Huobi Tokens for the Turkish users, which gives them access to Huobi Prime and Fast Track. We also hope to have a crypto-to-fiat onramp for Turkish users by the end of the year.” said Mohit Davar, Co-Founder of Huobi MENA.

According to market research and analysis firm Statistica’s  Global Consumer Survey for 2019, Turkish citizens already have the highest per-capital rate of cryptocurrency ownership of all nations surveyed. A whopping 20% – or 1 in 5 – Turkish residents now own some form of cryptocurrency. “That figure definitely matches what we’ve experienced during our time here,” Weng said. “We’ve been blown away by the numbers and passion of the Turkish trading community.”

In addition to Turkey, Huobi is exploring an expanded role in other markets as well. This includes Romania, where, at the invitation of the Romanian government, Weng recently delivered a keynote speech in Bucharest’s Palace of the Parliament as part of the 2019 Romania Blockchain Summit.

“It’s unclear what changes blockchain will bring to the world but today we are all pioneers in the space,” said Weng.  “Huobi is willing to work with you in charting a path into a promising future.”