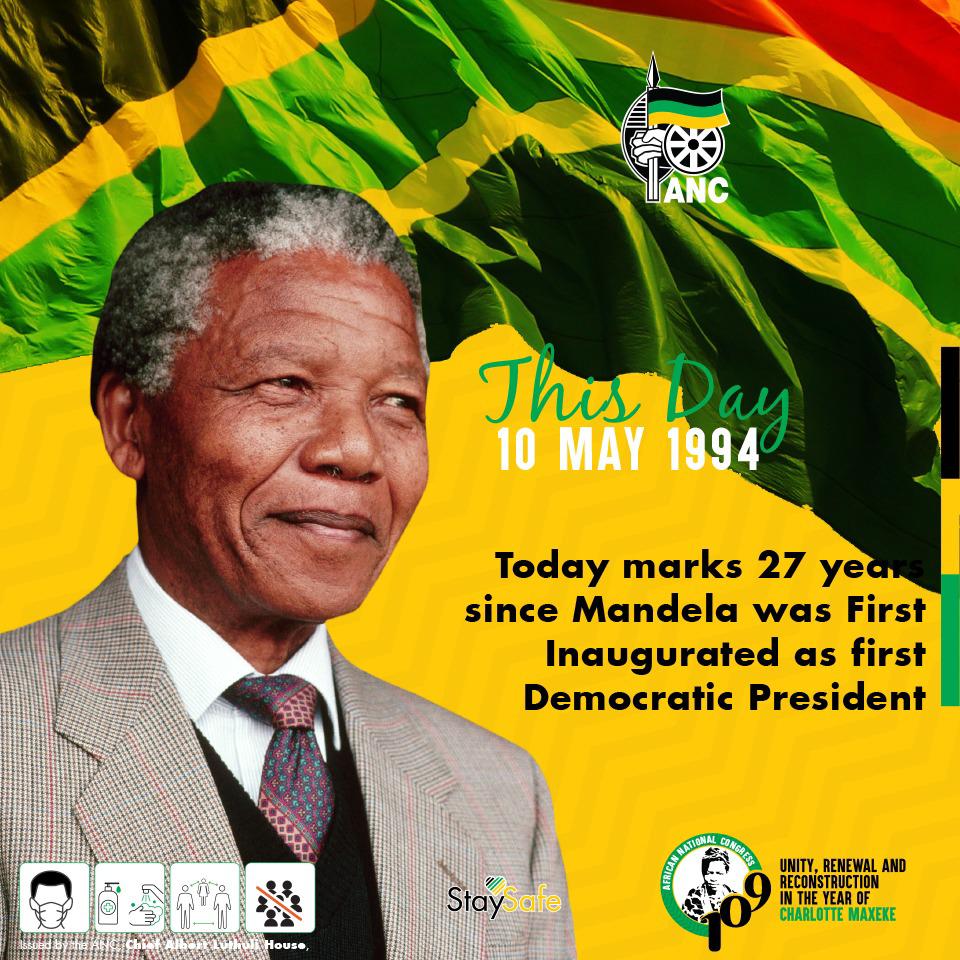 Today marks 27 years to the day of President Nelson Rolihlahla Mandela’s inauguration as the first democratically elected President of the Republic of South Africa. We are a nation in deep distress challenged by the consequences of a global pandemic that has exacerbated the socio- economic faultlines massive business failures, burgeoning unemployment and growing poverty and inequality.

As a nation we have scaled immense hurdles but the very strength that enabled us to accomplish these feats; our people’s movement is riddled with factionalism, allegations of corruption and ever growing pressures of poverty, inequality and the pressures of land hunger faced by our people.

As we repledge never never and never again the cries of our Palestinian brothers and sisters under siege in Al Aqsa, East Jerusalem and all of occupied Palestine falls on the deaf ears of the world. The hypocrisy of those who claim to mediate peace or promote normalisation but have allowed the proliferation of illegal settler expansion; Sheikh Jarrah in East Jerusalem is a case in point. Ourselves as South Africans erstwhile beneficiaries of global solidarity and the Anti-Apartheid Movement cannot sit by idly. We cannot countenance normalisation of trade and travel with Apartheid Israel; we have a moral obligation to do more just as the Palestinian leadership under Fateh despite their own woes shared moral, financial and military support to our struggle. We must legislate support for the BDS campaign as a matter of urgency and quid pro quo for Apartheid Israel’s continued ethnic cleansing, genocide and extermination of Palestinian presence from the Land of their birth.

We must restore the values that underpinned our principled struggle and shaped the characters of our leaders and rank and file followers. We must once more strive “to implant hope in the breasts of the millions of our people. We enter into a covenant that we shall build the society in which all South Africans, both black and white, will be able to walk tall, without any fear in their hearts, assured of their inalienable right to human dignity – a rainbow nation at peace with itself and the world.”