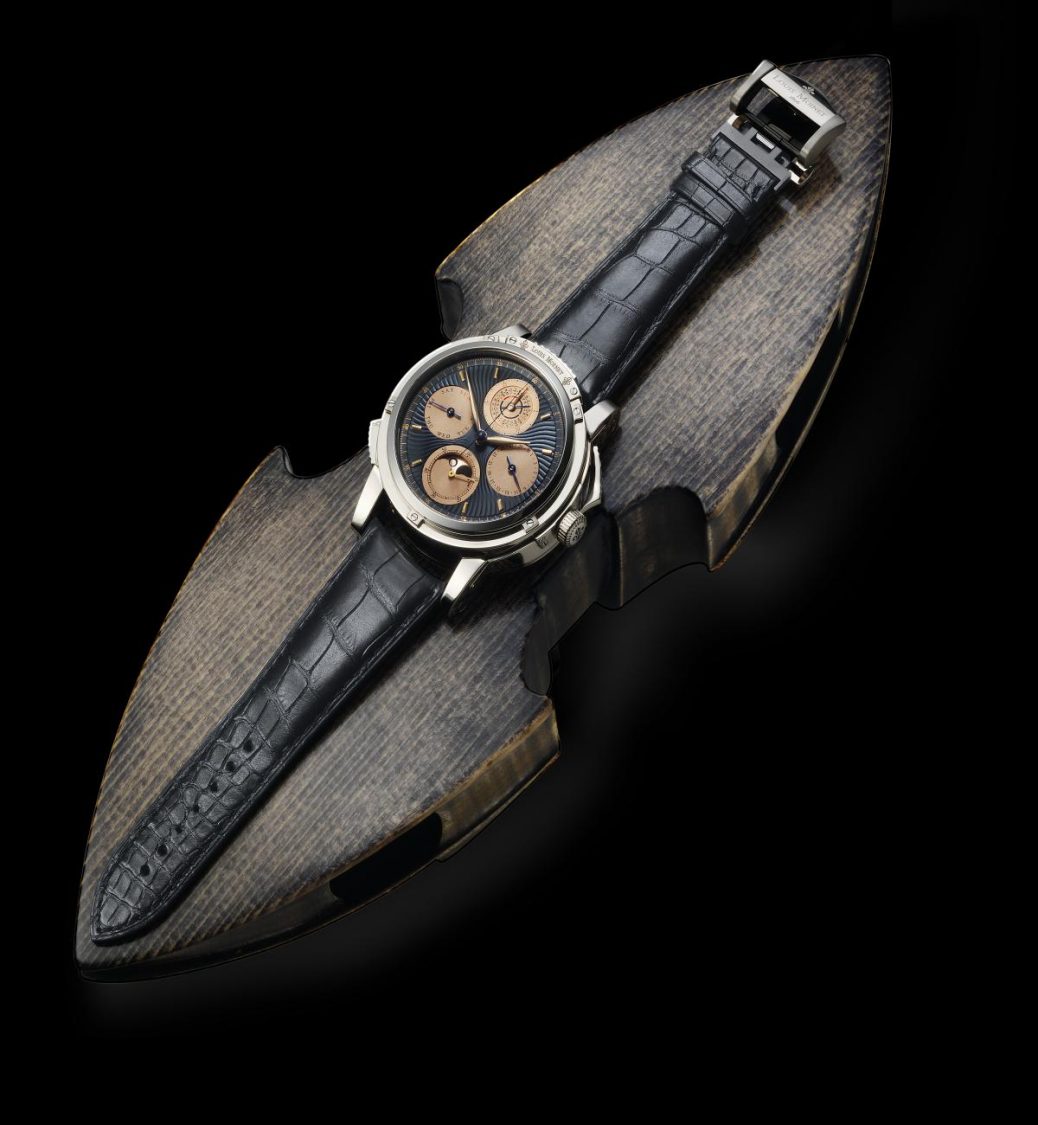 Do you dream to carry an authentic piece of moon on your wrist? The more it sounds like an absurd statement, the more it is possible just if you wish to. Louis Moinet is the only brand on earth that makes such a dream into reality. The only brand that has created a watch that features moon in reality with an authentic piece. And yes if you are thinking of grabbing that one, you need to be quick because that is never going to be repeated ever by Louis Moinet. Truly if you wish to have a piece of moon in your collection then it has to be unique piece on earth that is why Louis Moinet created only one piece of this watch called Magistralis that is a limited edition series.

There many are many who might think whether this is indeed a true story or hypothetical. However to inform you of the facts, the Magistralis contains piece of lunar meteorite. It contains a piece of meteorite that was ejected 2000 years ago from the moon. This piece was also authenticated by Los Angeles based University of California. The study actually added a lot of scientific knowledge to the information of lunar geology as it had come from place that Apollo missions to the moon had never visited. As compared to the other meteorites the lunar ones are the rarest and hence they are termed to be more expensive as compared to the cost of Gold and Platinum put together.

The Magistralis from Louis Moinet is unique piece that is majestic and part of Grande complication. The watch boasts of a perpetual calendar and mono pusher column wheel type chronograph. The moon phase features a genuine lunar meteorite and minute repeater that has cathedral gongs which are complemented wonderfully by amplifying violin style case.

The movement that is equally impressive compliments the impressive functions of the Magistralis. The Magistralis Vallee de Joux was made first around 100 years ago and bears the Poincon de Geneve hallmark. The shimmer of the black Cotes de Jura guilloche is luxuriant and contrasts with the sub dials, four in number that are colored old rose. This imparts excellent legibility with the rich plethora of indications the blue steel hands gild.

A 30-minute chronograph complements the central chronograph seconds that has incorporated month sub dial at 12. Day of the week sub dial is at 9 o’clock with date sub dial at 3 o’clock. The Louis Moinet Magistralis is a stunning timepiece and with the repeated amplifier the watch is presented with original 1856-second edition of the great work Traite d Horlogerie by Louis Moinet. It is a delicately had crafted case made from curly maple and varnished spruce.

Louis Moinet has throughout history had a tradition of crafting timepieces for some of the most influential and wealthiest people in the world. Some of them include Napoleon, King George IV, James Manroe and Thomas Jefferson. Magistralis is also one of a kind of watch made for one kind of a person also known to be an ultimate addition to any connoisseurs’ collection of watches.