Home Most Expensive Houses In The World For Sale 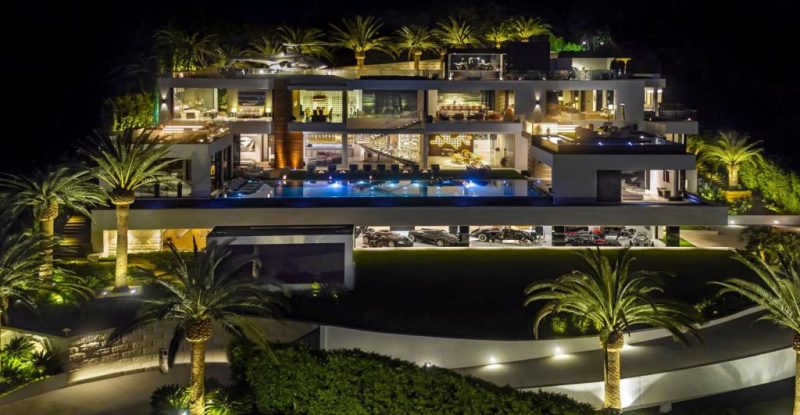 Living a luxury life is the desire of every human; it’s what drives everybody to put in some work hoping that a day will come when he or her dream of living a luxurious life will be achieved. Living a Luxurious live is one attribute of every celebrity out there. Its feels like if one hasn’t attained it, then he is not fit to be called a celebrity, this is what the masses believe. Luxurious live includes staying in expensive hotels, driving the latest cars around, going on vacation now and then, being regular in almost all the expensive resorts and clubs, etc.

Among all the above-listed attribute of a luxury live, the house the individuals lives-in should always be outstanding and a topnotch. These houses are well equipped with all the facilities anyone could think off, so big that at times ones need a ride to go round, built with expensive equipment and finally highly secured. These houses are surely being maintained daily until someone shows interested. They are a lot of such expensive house in the world with different facilities; we will go through the most expensive ones.

Below are the list of world’s most expensive houses, their locations and price tags.

The One, Bel Air, California

This mansion is set to be completed this year and it will be up for sale at whopping $500 million, the mansion is a 20-bedroom compound perched high above Bel Air on four acres, 100,000-square-foot, with a spectacular 360-degree view from the cliff. This mansion will have five swimming pools, 30 bathrooms, a 5,500-square-foot master suite, a 30-car gallery, a 36-seat movie theater, a nightclub and a six-lane bowling alley. It will be the most expensive sold house in the United States of America. The main selling point of this mansion is its location. We all know in real estate business location is a vital point to be reckoned with, well 24 Middle Gap Road has proven that location is very important. Built-in 1991, the 24 Middle Gap Road, is situated at the perched atop the Peak, which gives it the view of Deep Water Bay nearby. The distance between the mansion and Hong Kong’s Central Business District is just a 10-minute drive. The mansion is 5,700-square-foot and has just a four-bedroom home. It is up for sale at $447 Million. This $413 Million mansion is one of the oldest buildings in France; it was once owned by the late Belgian King Leopold II, The majestic house boasts bedrooms, 18,000-square-feet14, a stunning ballroom, a chapel and a 150-foot swimming pool. It has a multitude of terraces overlooking the shimmering Mediterranean Sea. The massive mansion is situated on France’s Cap-Ferrat peninsula between Nice and Monaco.

Discovery Channel founder John owns this house; he started making a move in 1991 by acquiring lands in gateway Colorado. He bought land till he owned up to 8,700 acres which were enough to build this massive mansion. The mansion comprises of 72-room, a full-service Gateway Canyons Resort and Spa, a car museum, the Gateway Colorado Auto Museum, which has around 55 classic cars, airplane hangar, airstrip and two helipads. Hendricks and his wife have decided to put the mansion on sale at $279 million since they no longer spend much time there. This massive mansion is owned by oil tycoon T. Boone Pickens; according to him, it took him close to 50years to assemble his desired mansion in Texas. The mansion comprises of miles of the rushing Canadian River, a private airport with a 6,000-foot runway and terminal building, four homes including a 33,000-square-foot main lodge, golf course, a 30-seat home theater, a two-story stone kennel and tennis court. Now at the age of 91 years, Pickens is looking to give up the mansion on a whopping price of $250 million. This legendary $195 Million estate was home to the late billionaire Spanish media mogul, Jerry Perrenchio; he is the owner of Spanish TV conglomerate Univision. Built-in the 1930s, the 18th-century French neoclassical, elegant 25,000-square-foot château was designed by starchitect Sumner Spaulding. The features of the mansion are a five-bedroom guest house, a 40-car gallery, 75-foot swimming pool and 12,000-bottle wine cellar. This beautiful compound is home to American billionaire Steven Udvar-Hazy, he is the CEO of aircraft leasing giant Air Lease Corporation. The mansion was styled like an Italian palazzo. The features of the compound are a pool house and two other guest houses, the guest house is 5,000-square-foot, bringing the total living space to more than 28,000 square feet. It also has a tennis court, a huge swimming pool and a 30-car motor court. The mansion is priced at $165 million. Henry Ford II—Hank the Deuce was the first person to buy this spectacular $145 Million 42-acre oceanfront compound on Jule Pond Drive back in 1960. The mansion was later renovated in 2008; the mansion consists of 12 bedrooms (two of which are master suites), 48-foot-long living room, a tennis court, two golf greens, pool and pool house. The mansion is now owned by Brenda Earl, a former partner at equity fund Zweig-Dimenna.

In summary, the above is a list of the world’s most expensive house on the market currently, all situated in different locations with exciting views and fun-packed compounds. Anyone living in one of these is surely living a luxurious life.