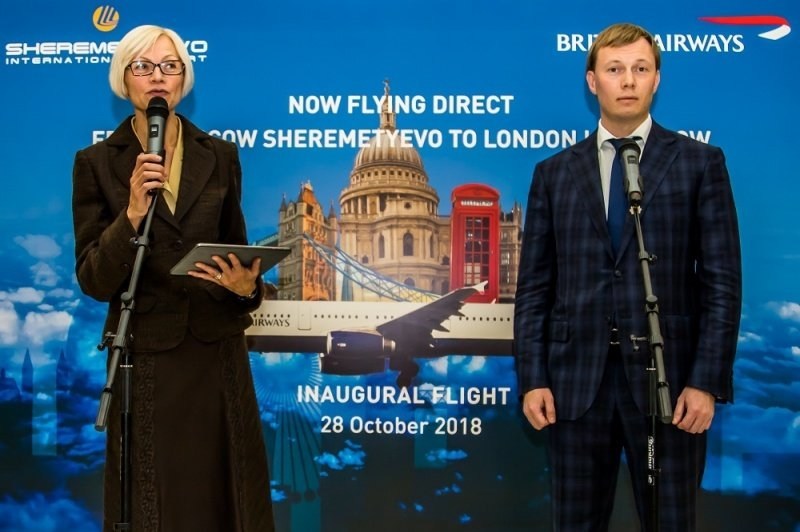 British Airways launched a flight from London Heathrow (LHR) to Sheremetyevo International Airport (SVO). Now, British Airways flights are even more convenient for passengers who live in Russia wish to get to the center of Moscow as quickly as possible on arrival.

Sheremetyevo International Airport is located 29 km northwest of central Moscow. British Airways’ timetable gives fliers the option of taking an early morning, mid-morning or overnight flight from Terminal 5 to the Russian capital. The new Sheremetyevo flight will be operated by an Airbus 321.  Starting on October 28th October, the flight will depart from London (LHR) at 10:15, arriving at Sheremetyevo at 17:15 in Terminal E. It will depart again at 18:35, arriving in London at 19:55.

Joerg Tuensmeyer, Head of Sales for British Airways in Europe, said: “By changing one of our three daily flights to Sheremetyevo, we are opening up the north of the city for our Russian customers and giving more options to our UK-based travelers who need to get to that part of the city when they arrive into the capital. We know how precious time is, especially to our business customers and frequent flyers, so this change allows them to spend more time in the lounge working or relaxing.”

Denis Pashkovsky, Deputy General Director, Commercial Activities of Sheremetyevo International Airport, said: “Flights to The United Kingdom are highly demanded by business customers and frequent flyers. London is the world’s leading financial center for international business and commerce. We love and appreciate the British heritage and modern culture and are happy to assist in the development of mutually beneficial relations between the peoples of Russia and Great Britain. I am confident that the British Airways London-Moscow air bridge through Sheremetyevo Airport will become one of the most popular routes of the airline.”

British Airways has major plans. The company is already investing £4.5 billion to improve service and flight quality for customers. This includes the installation of the latest generation in-flight Wi-Fi as well as power in every seat, fitting 128 long-haul aircraft with new interiors and taking delivery of 72 new aircraft. The airline is also investing £600 million specifically in Club World (long-haul business class), including outstanding catering at an altitude of 11,500 meters, and providing the best conditions for sleeping onboard the airline’s planes.

Tickets to Moscow are available to buy on ba.com and start from £269 in World Traveller (economy cabin), £338 in World Traveller Plus (premium economy) and £1,000 in Club World (business class). Customers can also save by using Avios points in part payment.

Sheremetyevo International Airport is the largest Russian airport in terms of passenger and freight traffic, takeoff and landing operations as well as it operates the biggest airport complex.

In 2017, Sheremetyevo was ranked first in Europe for the quality of passenger service in the category of airports with 25-40 million passengers per year and entered ACI Director General’s Roll of Excellence.