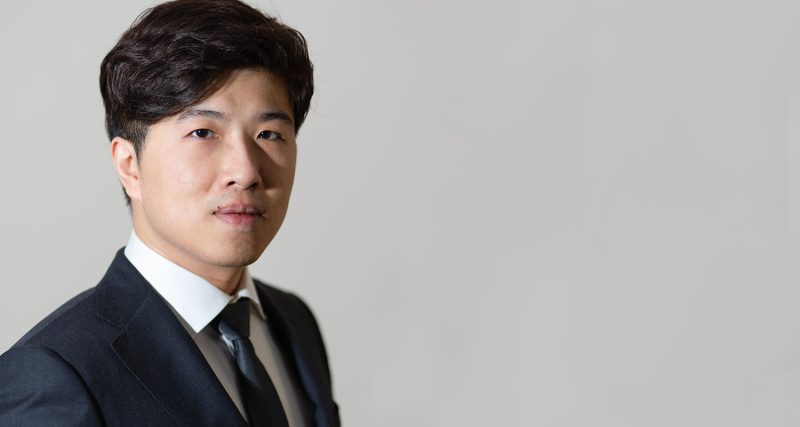 Steven Zheng and Billy Liu turned their long-time friendship into a business. The duo co-founding ISDOP an innovative app that Liu describes as Uber meets Eventbrite.

So, what is ISDOP? It is the first-ever event-based dating app. However, this isn’t an app like Tinder or other modern-day dating downloads.

ISDOP brings together people at places and events. Users post events they plan to attend and influence others to join them. By posting events on a map that others can see, users put down their mobile devices to meet up with others in the real world.

Steven, you launched the all-new social networking app ISDOP in late 2019. Can you start by telling us about it and what led you to the development of the app?

I found that we still struggle with online forums and Facebook groups or dating apps if we need gathering people together in real life to do something. And I believe there has got to be an app initiative to meet this need so we are committed to create and refine innovative ways of human interaction and networking in real life.

The Kickstarter page that was created to raise funds for the app calls it “a strong competitor to Tinder, Badoo, OkCupid, and Coffee Meet Bagels”. Those are some major social networking apps. What sets ISDOP apart from these well-known apps?

In fact, ISDOP was not designed as a dating app or traditional social media app. ISDOP is dedicated to fulfilling the growing demands on social events and meet-ups, to facilitate human interaction more seamlessly, effectively and efficiently by using wearable devices, AR/VR technology, and neuroscience technology.

ISDOP has seen an incredible amount of success since its launch. The download reached the top 50 in Canada’s app store for social networking apps. It continues to move up the ranks showing users excitement at a download that gets them engaged with people and out to exciting events. The ISDOP website uses the phrases “event-based dating”. What does this mean for users of the app?

As I mentioned, the objective of ISDOP is to bring people together with specific events. Without a doubt, dating is an essential scenario in this case. So, users on our platform are more focused on if the event is attractive and whether they want to join it rather than if there are nice looking pictures to swipe or browsing other’s photos to see if somebody else is enjoying their lives.

The app was originally released in September 2019; how long did it take to develop it? What has the response been like since its launch?

It took us six months for development and ISDOP hit the top 50 at the Canadian app store with a rating of 4.6 with more than 400 reviews within three months.

I like to make every day fulfilled. My daily routine includes managing and reviewing the work of our team and taking care of the operations and online advertising. I also need to pay attention to the AppStore and other apps for the newest updates and industry trends.

I think people would be surprised at the level of involvement that I have in the day-to-day business.

Some people say, “Give the customers what they want.” But that’s not my approach. Our job is to figure out what they’re going to want before they do.

I think Henry Ford once said, “If I’d asked customers what they wanted, they would have told me, “A faster horse!” People don’t know what they want until you show it to them.

“Under promise, over deliver.” – Steve jobs

I hope there will be no more linguistic barriers and we can all speak one language on this planet. What might the Internet and world turn out to be then?

Zheng and Liu continue to develop the app with user feedback helping them provide exciting updates. One of the interesting aspects Zheng and Liu developed was the offer and counter-offer feature. It allows two people to select an event if there is a mutual interest. Regardless if users are heading out to a party, bar, or concert, ISDOP can get individuals out and about to meet up. Billy, what led to you working with ISDOP and what influenced your ideas for the app’s creation?

Steven and I are friends and we have known each other for a long time. When we had the idea, we wanted to design something simple and intuitive to use.

We always had the mindset which is “less is more”, by only providing the most necessary features to the customers. Also, we kind of “dumb-down” ourselves to provide the most intuitive ways of interaction. If I need to tell you how these features work, then these features are not designed well.

Since our app is event-based and location-based, our algorithm is not like other social networking apps that focus on “matching”. We don’t have the matching part, instead, our AI-driven algorithm focuses on safety which is to make sure the appointment’s legitimacy and the location are safe. It may not be noticed by users, but safety is in our mind.

Can you explain ISDOP’s decision not to use a chat function like other networking apps and the end goal you hope this leads to?

First, we have a way for users to exchange information and communicate called “sticky notes”, only when you make an appointment. The reason is that the chat function is very low efficient and low effective and also all other competitors have a chat function. We want users to focus on the event description rather than chatting for an hour and getting no reply after that. The event itself tells a lot such as the Raptors’ basketball game tonight or watching Phantom of The Opera.

ISDOP’s success has led the developers to continue to create ideas users will enjoy. With an Android version of the app due out soon, more users will be able to download and access  the event app and meet up with others at great events in no time.

According to the ISDOP website, a new update to the app is released every six months. What goes into the updates and how significant are the updates released?

We have a backlog for features we plan to do and also feedback from users. The next major update will be for the Android version debut.

Interestingly, ISDOP specifies “it is not designed for a hookup, one-night stand or discreet relationship, affairs, or seeking arrangements. ISDOP is intended to be a platform for people to discover events happening around them”. Compared to other networking apps, do you see ISDOP as more about making friends than romantic relationships?

Not exactly, making friends should at least have a feature to allow users to add friends. However, ISDOP can create a scenario for you to make friends if you like, but we are more like a marketplace for ad-hoc social demands. I would describe this as UBER + EVENTBRITE, and we believe that’s how it should work.

Busy, but interesting. I am at the home office most of the time and I can manage multiple tasks at the same time. Therefore, there are no exact “working hours” for me, and I have to finish what I have to finish. For me, work is life, life is work.

I am a big fan of Arsenal, but the people around me are either basketball fans or hockey fans.

Steve Jobs and Jack Ma are people that had a big influence on me, and they all shared a lot of wisdom, so I would quote one from each person.

“The people who are crazy enough to think they can change the world are the ones who do.” by Steve Jobs.

I would end gender inequality. Empowering women is key to achieving sustainable development and tackling many of the problems that we face today. The faster we unleash our full human potential, the faster we’ll be able to make progress on other big issues.

ISDOP is a one of a kind offline networking app. Its uniqueness has already made it a hit with users in Canada and it is just a matter of time until it becomes a go-to event app elsewhere.

Zheng and Liu have created an app to get people off their phones and enjoy the company of others. So many apps have been produced to give people the chance to connect and stay online. Now, ISDOP is getting people offline and back into the real world.