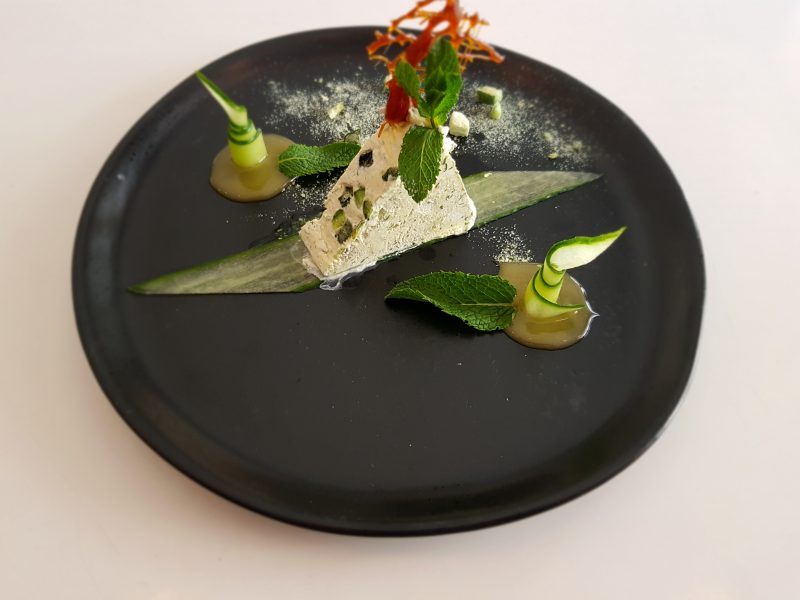 When it comes to the world’s best frozen treats, ice cream seems to be entering into a new era. Chefs around the world are experimenting with flavors and each country is adding some of its own taste into ice cream production. An ice cream shop in Portland came up with kimchi and rice ice cream, while lobster and tilapia ice cream is known to have appeared in other parts of the U.S.

1. Pine needle ice cream. Pine needles have been long known as a source of vitamin C. According to health specialists, pine needles improve the immune system, strengthen the body, and slow down aging. Freshly harvested pine needles, sugar powder, and cream are the main ingredients of this delight. This unusual combination smells just like a Christmas tree.

2. Peony ice cream. Peony flowers are not just beautiful. Apparently, they can also be delicious. The founders of the Labanoras restaurant tell us that these are made from petal syrup mixed with cream. The petals turn the ice cream pink and make it smell like perfume.

3. Carrot ice cream. As carrots are quite sweet, they are often used in cakes, puddings, and pancakes. According to food historians, the use of carrots as sweeteners dates back to the First World War, when a sugar deficit was felt. When preparing this ice cream, chefs soak carrots in maple syrup, which gives them an excellent caramel aftertaste.

5. Beetroot ice cream. Beetroot is a healthy choice, which can be used not only in main dishes and smoothies but also in various cakes and cupcakes. This beetroot dessert has a deep, earthy aroma, marvelous purple color, and goes well with dark chocolate.

6. Lavender ice cream. Natural ice cream made from flowers without additives is probably the best choice for dessert lovers promoting a healthy lifestyle. Lavender petals are soaked overnight in vanilla ice cream to reveal the aroma. The taste is breath-taking!

7. Quark and nettle ice cream. While the combination of quark and stinging nettle may sound strange, ice cream from these ingredients is delicious, fresh, reminiscent of green tea, and healthy. Nutritionists say that nettle is rich in vitamins, but if nettle soup (delicious by the way) does not rock your boat, ice cream might be a better choice.

8. Linden honey and dill oil ice cream. Although dill is commonly used as a spice, according to the kitchen chef of the Velvetti restaurant in southern Lithuania, dill oil balances the sweetness of the honey, and gives the dessert a savory quality.

11. Beer ice cream. The Lithuanian Beer Academy, which cherishes long-standing beer traditions, offers to taste beer-flavored ice cream! According to the ice cream chef, only dark beer is used for production because of his strong caramel aftertaste. To ensure sweetness, they also use sugar and lemon juice. Chips and beer ice cream – looks like we have a new sauna package combination! This list of ice cream offers a glimpse into the world of unexpected flavors that tourists can taste in Lithuania. Want more? The full map with 47 different ice cream parlours and restaurants can be found here: https://lithuania.travel/en/news/frosty-flavours-to-melt-for-ice-cream-map