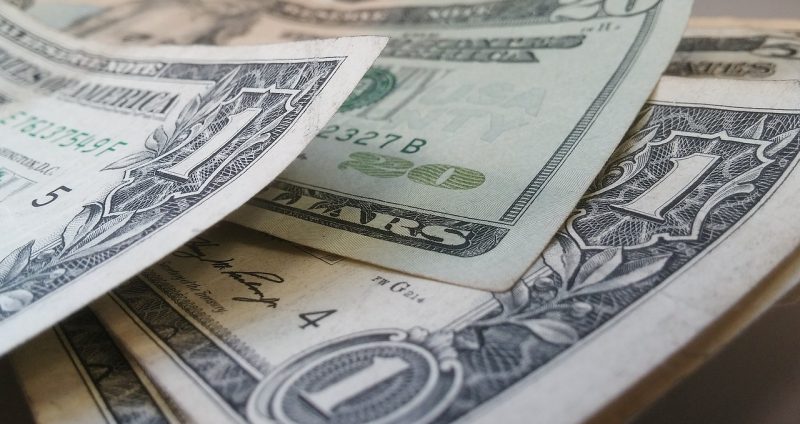 The U.S dollar has officially experienced its worst month in July 2020 since 2010. As digital currencies like Ether and Bitcoin had a sharp rise

The Financial Times reported that the dollar index – which evaluates the performance of the U.S Dollar to other six government-issued currencies – dropped by 4% in July, this is the highest percentage drop since September 2010. Against the Japanese yen, the dollar fell North of 3%, where it fell over 4.5% against the Euro.

The reason behind the fall of the dollar can be attributed to the economic and political uncertainties over the long periods. The investment bank Goldman Sachs recently reported that the above-highlighted concerns could have a menacing impact on the reserve status of the U.S dollar.

In a research note to its clients, the bank reported that the overall level of U.S government debt accumulation poses threats to the U.S dollar as a reserve currency. It also led to an increase in the price of gold to $2,300 per ounce.

Moreover, the Commerce Department reported that at an annual rate the U.S GDP has plunged to over 32% in the second quarter. This is unarguably one of the biggest hits in economic history. In the meantime, a record low was achieved by the Treasury bond yields after an interesting statement being made by Jerome Powell, the chairman of the Federal Reserve. Where he stated an aggressive monetary policy in times of crisis.

After the announcement by the U.S Federal Reserve, the currency traders are choosing to invest elsewhere. Since the role of dirty politics in the world’s largest economy can pave the way for plenty of problems. One of the biggest concerns is the geopolitical risks that could arise in the future since President Trump has announced to delay the elections.

Since the US dollar is showing no signs of rising, the investors and traders are looking to invest in other assets like gold.

The majority of the currency traders have made it clear that the political tensions between the two of the world’s biggest economies, US and China, would force the investors to look for other options. Where their money is safe.

The market is seeing some sustenance after the Covid-19 hit. However, no one is really sure about the power struggle between China and the US. Especially when the U.S administration is constantly pointing fingers towards China for currency manipulation. So for short to mid-term, we could see bias between the currency traders.

The currency traders will be aiming to formulate a more strategic tack and will be aware of the upcoming return to globalization. They should also factor in the non-tariff approach under the potential Presidency of Biden.

Meanwhile, digital currencies continue to surge. By the end of July Ether received a surge of over 45%, and the Bitcoin propelled to 21%.