We condemn the desecration of Mowbray Muslim Cemetery!!!

Home We condemn the desecration of Mowbray Muslim Cemetery!!!

We condemn in the strongest terms the desecration of the Mowbray Muslim Cemetery. The violation of this sacred space is an evil act and an offence of not only religious sensibility but a violation of the values of peace, respect and dignity accorded to all citizens by our constitution.

This heinous act that saw the destruction of some 80 tombstones and graves inflicts trauma on the families of the deceased whose resting places have been so grossly violated.

We appeal for calm and implore the Muslim Community to allow the law to take its course as such wanton acts of criminality must be dealt with by the full might of the law so that the perpetrators may be brought to book.

We can never allow such agent provocateurs to spread hatred, incite reciprocal violence and disturb the positive interfaith relations that prevail in our nascent democracy.

The reward of good is only good and evil acts only lead to the destruction of the perpetrators themselves. This kind of gross violation shames us all as a society. The law must take its course. We appeal to the law enforcement authorities to leave no stone unturned in dealing with this matter. 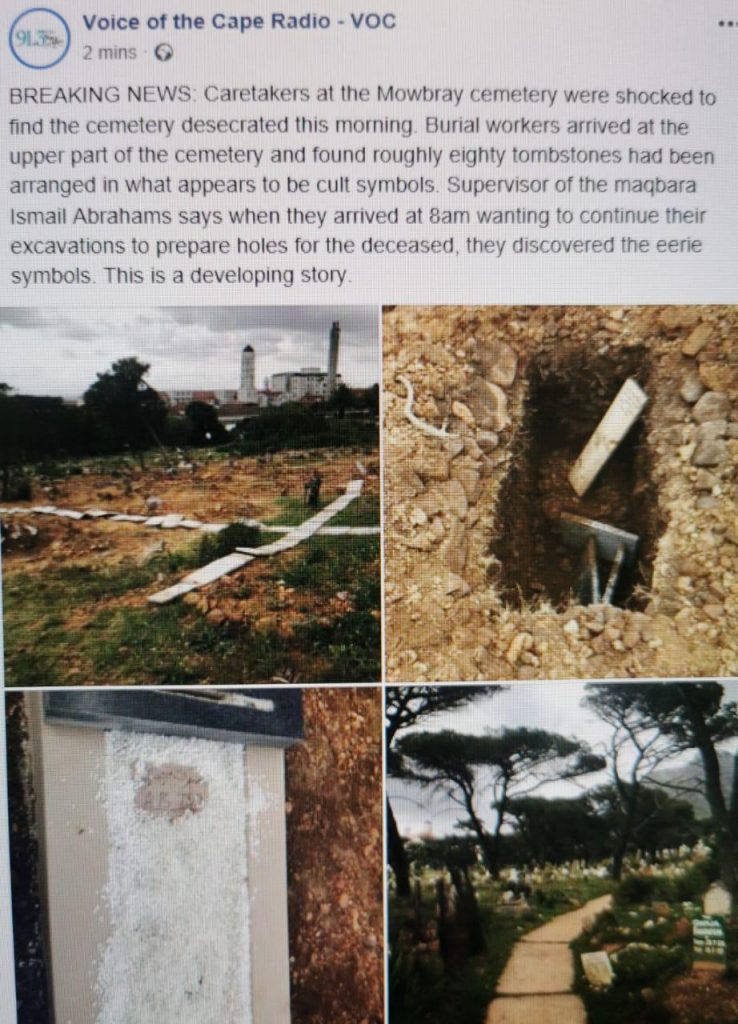