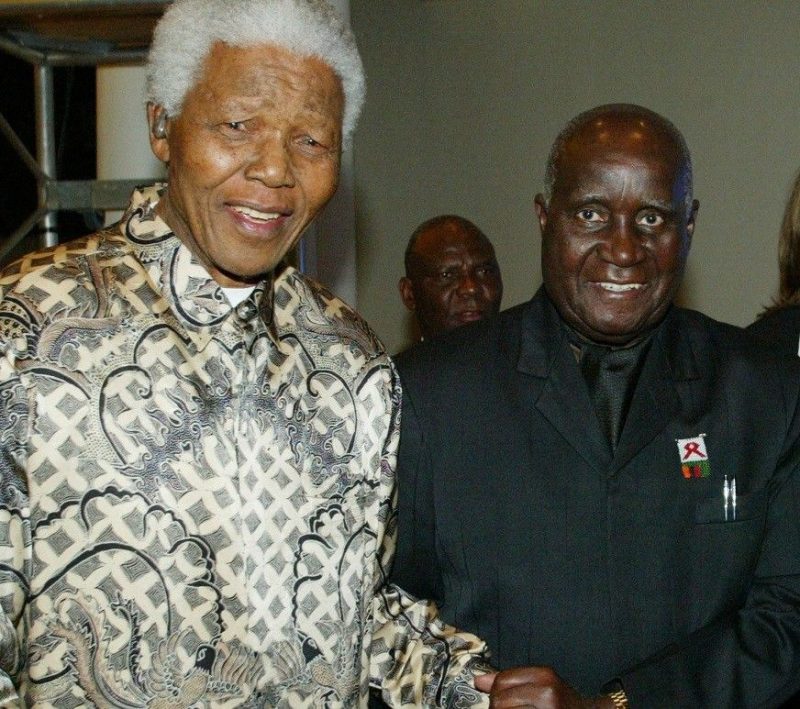 The Royal House of Mandela (RHoM) welcomes the nomination of President Kenneth Kaunda for the Nobel Peace Prize. We believe it is an honour well-deserved and long-overdue.

He distinguished himself in Zambia’s own liberation from colonialism and was instrumental in providing a home for all the liberation movements of Southern Africa. We owe him a huge debt of gratitude and will eternally be grateful for his generosity, courage and bravery.

In hosting the African National Congress (ANC) and other liberation movements he defied the powers that be including the brutal Apartheid regime in South Africa and its allies in the West in particular the USA and UK. Seen in the light of the Cold War his efforts were indeed heroic and gallant. His commitment towards the liberation of Africa from its colonial vestiges remained unswerving even in the face of threats and bullying from these powers.

It is no exaggeration to regard President Kenneth Kaunda as the father of the liberation movement in Southern Africa and the Zambian nation as the true heroes and liberators of our sub-continent. This is an acknowledgement that is long overdue and not sufficiently appreciated.

The annals of history must record his contribution and the great sacrifices made by the Zambian nation to support us in our struggle. Our victory was their victory and our celebration of the birth of our democracy is incomplete without recognizing that we stood on their shoulders to reach the heights of freedom and democracy.

If it is true as the great historian Thomas Carlyle says that “the history of the world is but the biography of great men” then the name of Kenneth Kaunda is synonymous with the epic struggle of Africa’s liberation.

We salute President Kenneth Kaunda as one of the greatest politicians, freedom fighters and liberation leaders of our time. In this regard his contribution to world peace and the struggle for justice, equal rights and freedom for all humanity is beyond measure.

The Royal House of Mandela is honoured to add its voice to the millions who hold him and his contribution in high esteem. He is beyond any shadow of doubt a worthy nominee and we dare say deserving of the Nobel Peace Prize.