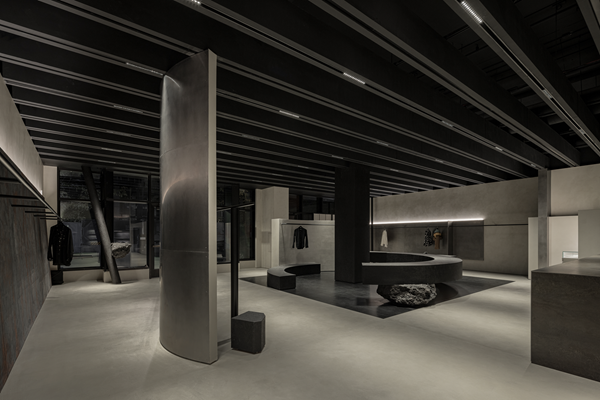 After a year of planning and five months of building projects, SVRN has reopened with a development that encompasses a total of 4,200 sq ft and features architectural style that is eccentrically innovative. This architecture surpasses the customary landscape of a retail store in order to provide an engaging experience for customers.

Who did the makeover for SVRN store?

SVRN, a premium boutique in Chicago that sells merchandise from a variety of various brands, has just reopened its location in the West Loop after undergoing a significant expansion and a futuristic makeover. The renovation was directed by WGNB, an architectural studio from Korea that was awarded the title of Emerging Interior Design Studio of the Year 2021 by Dezeen.

What are the themes of the new upgrade?

This was done in recognition of the fact that SVRN CEO David Kim is of Korean ancestry and of the story of persistence that managed to help his family create a prosperous business venture. The Kim family was able to keep their business going despite facing a number of challenges, such as the destruction of their initial store and the subsequent rebuilding of it after it was looted and destroyed during the riots. Symbolizing the contrast between balance and tension that has enabled the Kim family business to grow and expand, and ultimately resulting in the upgraded and more innovative SVRN, Remodeling features a blend of synthetic and natural shapes and materials. This blend was done on purpose, and it can be seen throughout the project. Due to the fact that it takes a creative and intersectional approach, the new site represents a significant advancement for the fashion retail sector in Chicago. In order to mark the occasion of the establishment’s refurbishment coming to a successful conclusion on September 1, 2022, there will be a party held there.

How long did the renovation go on?

Particulars of the SVRN Remodeling Project:

SVRN is a high-end boutique that can be found in Chicago’s hip West Loop neighborhood. It carries a variety of well-known brands, including Rick Owens, Maison Margiela, Jil Sander, and many more. After being in business for the last forty years, this shop has accumulated a history that is unparalleled by any other in the city. And it’s all because to a family who emigrated from South Korea to the United States despite the fact that they had practically little money, no relatives living there, and no chance to advance in their careers. Due to the fact that it is one of the few experimental fashion stores in the city, SVRN has been a hotspot for both local and international fashionistas ever since it first opened its doors in 2012. The reimagining of SVRN is part of an initiative to transform the network into a focal point for creative expression in the fields of fashion, art, and culture.

Browse their website and Instagram whenever you have some free time. If you have any questions or would like to RSVP for the grand reopening ceremony, you can get in touch with SVRN by sending an email to [email protected] or calling +1 (630) 441-5635.