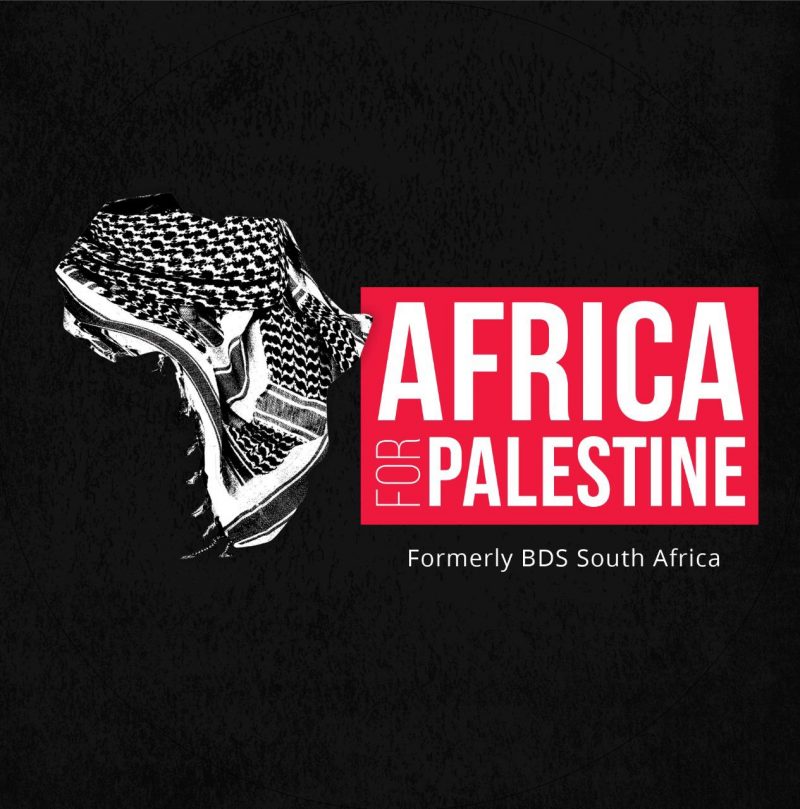 Following our recent office opening by the Mayor of Johannesburg and an incredible decade of BDS victories in South Africa, the South African human rights and Palestine solidarity organisation, BDS SA, after a consultation with several of our partners in South Africa and on the African continent, will be rebranding and broadening our mandate. We will henceforth function under the name Africa for Palestine (AFP).

In the last decade we – with the support of our partners and community, held hundreds of successful campaigns, events, activities and engagements across South Africa. Israel’s Haaretz Newspaper has said that: “BDS has arguably been more effective in South Africa than anywhere else in the world”.

In addition to our work in SA, last year in 2019, we undertook several visits to Southern African countries where we engaged trade unions, churches, mosques, political parties and former African leaders -both current and former – including HE, the former President of Zambia, Kenneth Kaunda. In the course of this work, we became acutely aware of the need for Palestine solidarity work to expand into the African continent.

By recently becoming fully independent and autonomous from the BNC, with whom we started cooperation with, 2 years after our formation), we have, after a careful review of BDS SA’s track record of the past decade and an analyses of the local, continental and international political situation, now resolved to seize the opportunity to expand our scope, deepen solidarity work, rebrand and broaden our focus beyond only the tactic of boycotts and sanctions. To this end, the AFP will seek to build alliances and partnerships across the continent, reinforce direct support to Palestine and assist the Palestinian Diaspora.

Our governance structure, staff, internships, volunteer base and partnerships with Trade Unions, Student formations, religious and political organizations are all unaffected and we will work on deepening all of these. We will be operating from our new office in Parkhurst maintaining our work in South Africa but will now also, in line with our broadened mandate, actively be forging relations beyond our country with other solidarity groups, trade unions, political formations, and human rights organizations across the African continent. Our focus will now include strengthening African – Palestinian relations and pushing back against Apartheid Israel’s creeping infiltration into our continent. Africa for Palestine (AFP), in the spirit of progressive internationalism, will proactively partner and work with organisations who stand with other oppressed peoples of the world.

BDS SA, thanks our allies, partners and supporters for their unflinching support through this past decade of struggle for Palestinian freedom. We are committed to walking with all our supporters and allies as we are breaking new ground in undertaking this journey. This is but a next phase in the struggle for freedom, justice and peace in Palestine. BDS South Africa (BDS SA) will henceforth function as Africa for Palestine (AFP).