Home Mandela arrested 58 years ago for incitement to violence!

Mandela arrested 58 years ago for incitement to violence! 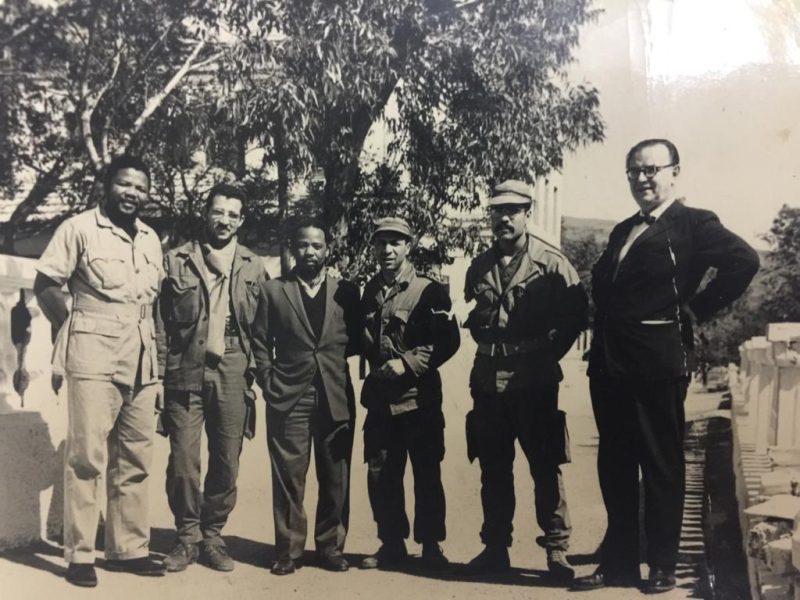 On the 5th August 1962 Nelson Rolihlahla Mandela was arrested close to Howick on charges of incitement to violence. His arrest follows collaboration between the Apartheid State and the CIA.

In commemorating his legacy as a freedom fighter, icon of justice and champion of human rights the anniversary of his arrest reminds us of his historic position that in the face of increasing brutality of the apartheid state we have to reconsider passive resistance as an effective tactic of struggle.

Today, we witness human suffering at the hands of tyrannical regimes all over the world but especially in Palestine, Occupied Kashmir and Western Sahara. This begs the question of how to effectively respond to regimes that show no respect for human dignity, the value of life, treatment of prisoners and the vulnerable, and demonstrate an absolute disdain for International Law and the Geneva Convention.

In particular, the Apartheid Israeli state has demonstrated its gross violation of international law and made a mockery of United Nations Resolutions without any consequences. On the contrary it continues to act with impunity and continues to commit acts that constitute a crime against humanity, ethnic cleansing and genocide against the Palestinians.

In the face of the above we continue to advance our principled call to support the Boycott, Divestment and Sanctions (BDS) campaign. However, the attempt to complete the total occupation of historic Palestine through the latest annexation ploy necessitates that the Palestinian people reconsider its strategy and tactics as effective responses to Apartheid Israel’s escalating brutality.

The collusion of the CIA with the South African regime nearly six decades ago underscores the reality that the USA has not changed its policy of supporting brutality and unjust regimes in the world. It supported the South African regime despite its repression of the majority and condoned its extra-judicial killings just as it continues to arm Apartheid Israel with weapons of mass destruction and allows it uncensored licence to kill, traumatise, arrest without trial and commit the most heinous acts imaginable.

It is no wonder therefore that its treatment of black people in America perpetuates the centuries of dehumanization, violence and trauma that has seen countless acts of murder at the hands of police over the past few years and given rise to the Black Lives Matter movement. We stand with our brothers and sisters in the USA in the face of such tyranny just as they stood by us in solidarity against the Apartheid State and its tyranny.

Let us use this commemoration of Madiba’s arrest to reiterate our call for strengthening International Solidarity across the globe. Let us bring and end to tyranny in the USA especially against black people and other religious and ethnic minorities. We call on all Americans to support the struggle of the Palestinians by holding Trump responsible for the crimes against humanity committed by Apartheid Israel.

We call on the South African government to place an embargo on any arms sales to the Apartheid Israel regime. We must escalate the Boycott, Divestment and Sanctions campaign against all companies trading with apartheid Israel especially products coming from the illegal apartheid Israel settlements.

We reiterate our call for boycotting all clover products and call on all South African NGOs, civic organizations, trade unions, trade unions and business to support this call. We demand that the Department of International Relations and Cooperation cancel with immediate effect the G4S security contract for the mission in Tel Aviv and expedite complete closure of the mission.

Today, we recall Madiba’s historic words: “I have cherished the ideal of a democratic and free society in which all persons live together in harmony and with equal opportunities. It is an ideal which I hope to live for and to achieve. But if needs be, it is an ideal for which I am prepared to die.” In doing so we must continue to rally all of humanity in support of this great ideal and redicate ourselves to end human suffering wherever it occurs.