Home The Kiss of the Dragon

The Kiss of the Dragon 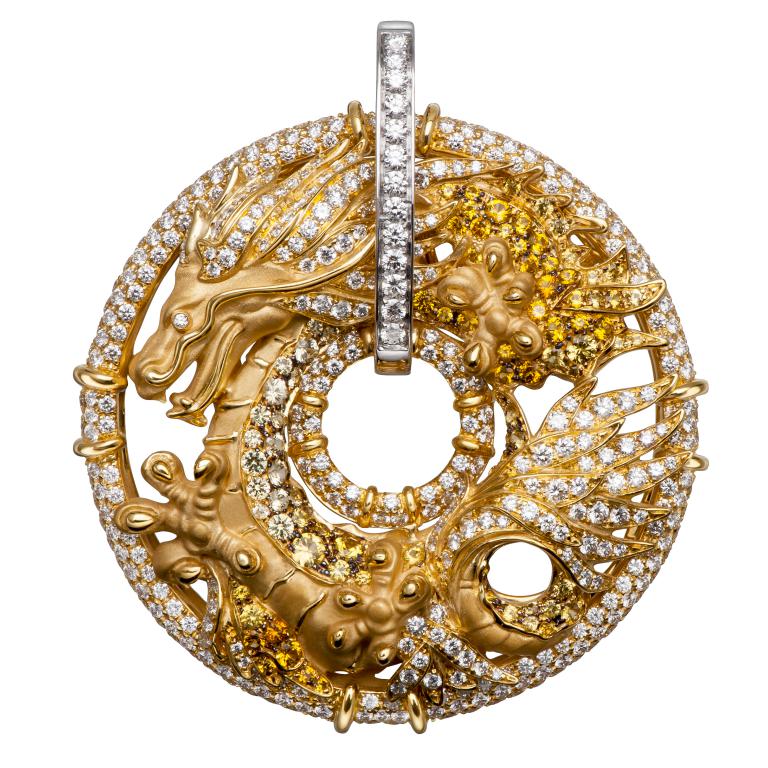 Once upon a time there was a fire dragon named Orochie who lived on a hidden island south of China.  Throughout the kingdom, he was known for turning any stone into the most precious metal with a fire flame.

Legend has it that the Emperor’s greatest wish was to obtain the Dragon’s fire and so possess the greatest treasure in all the land.  He desired the fire so badly that one morning he decided to send his daughter, the most beautiful princess in the whole kingdom, to speak with Orochie. Princess Feng came to the hidden island and asked the dragon if he would be so kind as to give her his fire as it would make her father very happy. Orochie fell in love with the princess as soon as he saw her and without a doubt he gave her the fire in exchange for her kiss and love. Feng slowly approached and kissed him, and keeping his word, Orochie gave her his fire.  What no one knew was that to give up his fire meant his death.  The grieving princess tried to save him, but it was too late.  She then decided never to marry and to always guard the Dragon’s fire with her own life. The spirit and magic of Orochie fulfill each jewelry piece created with its fire.  For the princess Feng, the dragon’s soul continued to live on through these art creations. Dragon’s fire revives once more through one of the most famous collections from Carrera y Carrera – Círculos de Fuego. The pieces come to life through this legendary animal.  Every detail is reflected in the work of the firm’s goldsmiths.  Rounded shapes bring balance, harmony, and perfection to each piece; the jewels convey sculptural forms, creating an effect full of the fantasy, emotion, and strength that characterize this collection.